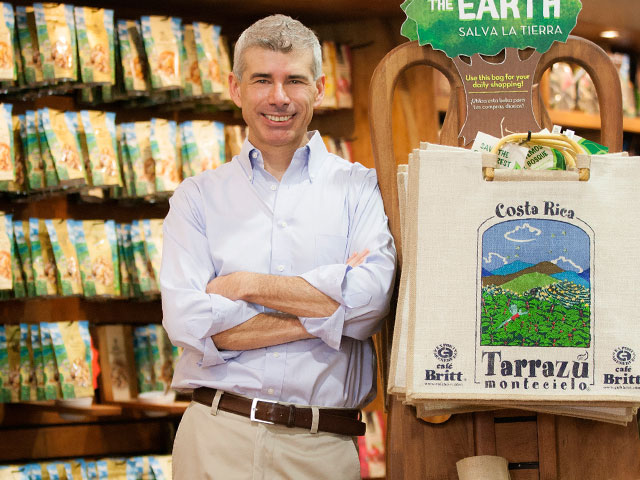 In December I shared my views about some of the values we have here in Costa Rica and about how these values should become the foundation for a national strategy.

I touched on three themes:

This country still has a lot of work ahead to achieve the economic, social and ecological development desired by all Costa Ricans. Here's what I mean:

The infrastructure to be competitive

Costa Rica ranked first among Latin American countries in a recent, worldwide "Country Branding" poll, but when it comes to infrastructure, especially sea ports and roads, this country is usually near the end of the list.

Until just a few years ago, even the tourists were complaining about our pot-hole-filled streets. I remember one day I was driving around with a visitor from Japan. We came to a street that was so filled with holes that I felt compelled to apologize to my guest. I told him that the Costa Rican government had yet to hit on the formula for proper road maintenance. He told me not to worry, because it would soon be fixed. "That's the way it was in Japan, the roads were like this and the government fixed them all" he said. I asked him when the streets of Japan had ever been in such terrible condition, and he replied, "After World War II of course."

Our infrastructure remains in dismal condition for one main reason: Our government is incapable of building and operating large public works. Costa Rica is only just now gaining the expertise to bid out large projects on concession to private-sector operators. The country's international airports are already operating successfully under this model. Other countries in the region have had similar successes.

Costa Rica's high school students recently took part in an international competition called PISA (Programme for International Student Assessment). These tests are organized by the Organization for Economic Cooperation and Development (OECD) to gauge reading, science and math skills of 15 year olds. These days several Latin American countries participate. Costa Rica performed well if we compare ourselves only to Latin America. Our students placed second in math and science and fourth in reading. The bad news is that our results were lower than the average scores of students from the OECD's developed countries. Looking beyond these results, we must ensure that our students "learn how to learn". We need a school curriculum that stimulates their curiosity and inventiveness so that, as adults, they can tap all their creative potential.

I'll touch only briefly on healthcare. Costa Rica has a universal "social security" system that gives 100 percent of the population access to socialized healthcare. The average Costa Rican's life expectancy of 78.8 years is on a par with that of developed countries. Our challenge is to maintain the quality of service, despite our limited resources.

As I mentioned in the December column, insecurity in Costa Rica is caused mainly by the trafficking of illegal drugs from the producers in South America to the consumers in North America. A coordinated, international effort is needed to combat these cross-border mafias. The efforts made have not been commensurate with the magnitude of the problem.

Leadership to further this vision

Finally, I believe that our country's biggest obstacle to continued development may well be a lack of vision. Sadly, our political system creates no incentives for our best people to seek leadership roles in the public sector. A structure of agile government, so necessary in these fast-changing times, is absent in Costa Rica. Instead, we're burdened with countless bureaucratic requirements that make it impossible for governments to execute strategic plans.

This country needs leaders with the power of persuasion; leaders who can create the national vision that Costa Ricans have hoped for, and earn their respect by abolishing the scores of obsolete regulations that are holding us back as a nation.

I want my three children and future grandchildren to live in a country that is more sustainable not only economically, but also socially and environmentally. And I hope that Costa Rica will serve as a beacon for other nations who have discovered that the path of peace and respect for the environment are no longer optional.

Until next time, ¡Pura vida!